French toast and fall. Two things I have always loved. When I realized how easy it is to make homemade French toast recently, I was determined to put my two beloveds together. If it was easy for me in my studio apartment kitchen that is the size of my future walk-in closet (finger’s crossed), then it will certainly be easy for you. 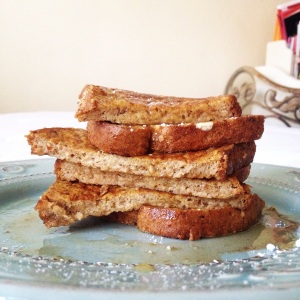 I like this breakfast because since you use eggs, you get protein, which makes it more filling and satiating than having just 3 slices of toast.  It’s like eating toast with egg on the side, but instead of on the side, it’s in the dish. 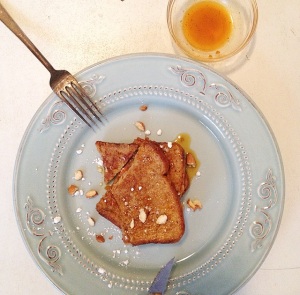